Death is democratic, because after all, white, dark, rich or poor, everyone ends up as a skeleton – Mexican engraver, cartoonist and illustrator José Guadalupe Posada

Each January 20th, with the death anniversary of José Guadalupe Posada (1852-1913), we can’t help but to remember his humor toward death through his graphic contributions criticizing social inequality and injustice to work class. His numerous political and social lithography art and illustrations were expressed with skeletons and skulls in a satirical way, transforming them into an international legacy which has inspired artists and people in general, from all over the world.

His most famous engraving, world known today as “La Catrina” was originally named by Posada as “La Calavera Garbancera”. (Made with metal around 1910-1913 by Posada). It is said that Garbanceros are those who presumed to have a life style where they did not belong.

“La Garbancera”, an iconic image of a smiley skull with a big feathered hat, represented a satire of those who have indigenous blood but Posada felt they pretended to act as European, denying their roots and culture.

Openly recognizing Posada as the father of the illustration and whom he admired greatly, it was the prominent muralist and painter Diego Rivera, who between 1946 and 1947 gave a new name to La Garbancera. On his mural Dream of a Sunday Afternoon at the Alameda Central Park, Diego portrayed himself in the famous park in Mexico City along with his wife Frida Kahlo and other important celebrities surrounded by aristocratic figures as well as mainstream and working class people. Inspired by Posada, Diego also added “La Garbancera” to the mural, now with a full body and dressed up accordingly to 19th and 20th century elegant aristocratic Mexican groups. Then he gave her the name of “La Catrina”; a female version of a “Catrín” (Dandy).

It is no surprise to attend costumes parties and to find dozens of Catrinas, particularly on Halloween in those countries that have adapted this celebration.

Nowadays, “La Catrina” has become one of Mexico’s most important symbols internationally, especially during the celebrations of the Day of the Death. The sole fact of not fearing Death but on the contrary, seeing it in a joyful and lively manner, has made the world to turn towards Mexico once again. 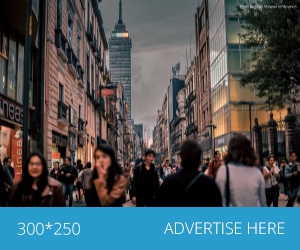 To read this post in Spanish, click HERE. The recent Mexican earthquakes devastated the Mexican states of Chiapas, Morelos,